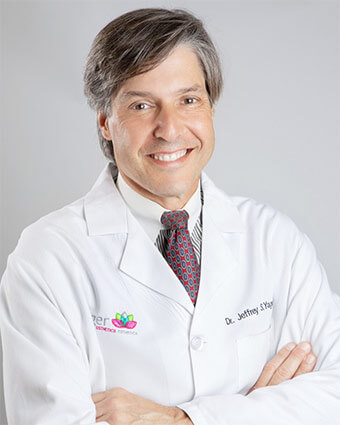 Dr. Jeffrey Yager is a board certified plastic surgeon, and the founder of Yager Plastic Surgery and Yager Esthetics | Estética™ in Washington Heights, New York City, where he has established a center of excellence in cosmetic plastic surgery of the face, breast, and body dedicated to the Hispanic community. He attended medical school at Columbia University College of Physicians and Surgeons and completed his residency at Columbia Presbyterian Medical Center, earning one of only 10 positions in the country at the time for a combined residency in plastic and reconstructive surgery. Dr. Yager is also a graduate of The Johns Hopkins University. Before entering into private practice, he was named Chief Resident in Plastic Surgery at the Columbia Presbyterian Medical Center.

An award-winning researcher, Dr. Yager has been recognized by the Plastic Surgery Educational Foundation (PSEF) and the Northeastern Society of Plastic Surgeons. He is well known for his industry-leading outcomes in helping women to achieve the bodies they have always wanted and regain the figures they enjoyed before childbirth. He also works with men to conquer gynecomastia, reduce the appearance of flanks, love handles, and excess abdominal fat; and to perform nose reshaping and eyelid rejuvenation. Dr. Yager keeps his patients youthful, erasing the lines of time with lasers, wrinkle relaxers, and fillers and offers the latest in non-invasive anti aging therapy.

American Board of Plastic Surgery

The American Board of Plastic Surgery

Plastic Surgery Practice and others